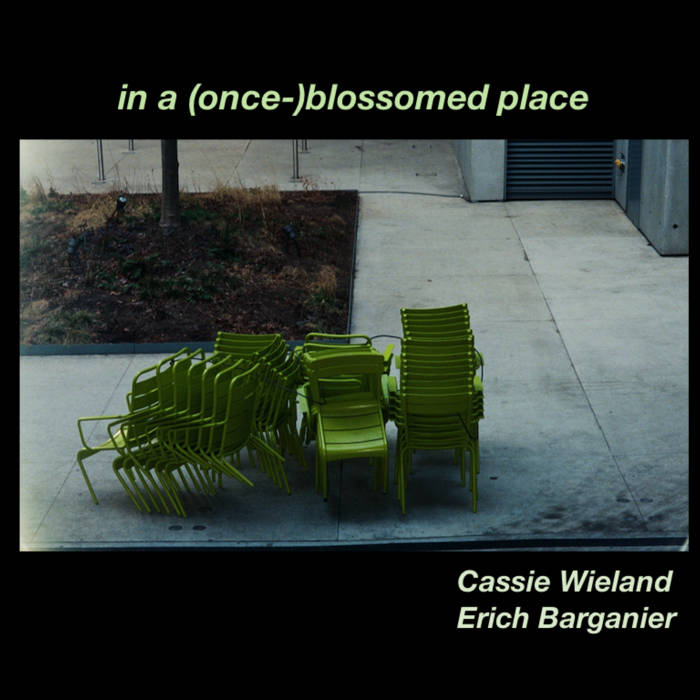 The creative process is a topic frequently elaborated upon by composers; from outlining philosophies or technicalities to listing structural procedures. in a (once-)blossomed place, the first in a series of DIY punk-inspired “split composer releases” from people | places | records, features two artists approaching intricate textures and timbres from the reverse face of a similar process, and with divergent results.

By contrast, NYC-based and Florida-born composer Erich Barganier’s pieces explore a harsher side of the ambient experience. Barganier’s internal anxieties are guided by unexpected combinations of Ryoji Ikeda-inspired noise, blues music and CB trucker radio chatter ("The Veneer Melts); as well as the evolution of ritualistic traditions (Калі Я Адкрыў Вочы"). Like Wieland’s intimacy, he is guided by ideas of displacement, later arriving in a completely different headspace on this collection’s reverse B-side.

Bandcamp Daily  your guide to the world of Bandcamp

Featuring interviews with the mighty Hiatus Kaiyote and genre-busting L'Rain.